The problem with… energy

Home » Energy » The problem with… energy

Fossil fuels… they’ve powered the industrial revolution and now the fastest technological change the human race has seen. This has been made possible by releasing millions of years of accumulated energy to ‘supercharge’ our world.

What we’ve been doing is taking the sun’s energy, which was safely stored away under ground in the form of coal, gas, oil and released that energy into the atmosphere very quickly. When we burn fossil fuels a chemical reaction takes place creating a gas called Carbon Dioxide (CO²). This gas then stays trapped in the atmosphere.

The question lots of people ask is ‘did we know’. In 1859 Irish scientist John Tyndall connected atmospheric levels of Carbon Dioxide (CO²) with our planets temperature. This is now commonly known as the “Greenhouse Effect“. Simply put, the more CO² trapped in the atmosphere the higher the temperature.

Jump forward to 1982… Scientists at Exxon Mobile produced a report for the company’s management explaining the ‘Greenhouse effect’ and how the burning of fossil fuels contributes to the warming of the planet. There are also detailed descriptions included in the report of how this will adversely effect our lives.

At a USA Congressional hearing in October 2019 evidence was shown that the oil company ExxonMobil had known since the 1970s about the potential for a climate crisis and intentionally sowed doubt about it.

We are now in situation where atmospheric carbon levels are close to that 3 million years ago. 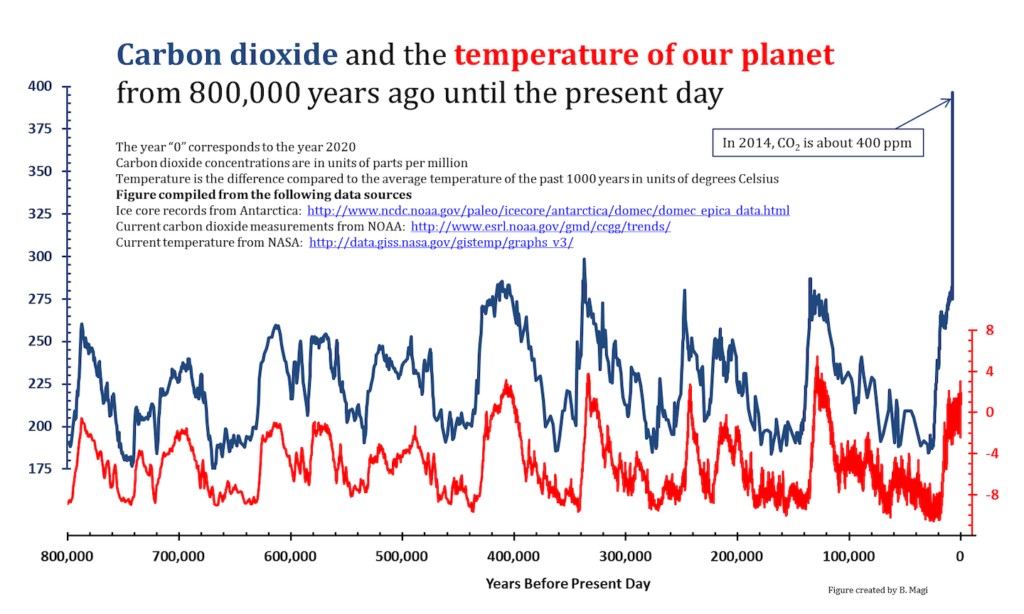 This energy increase in the earths atmosphere is having an effect on both the surface and global temperature as clearly shown below. 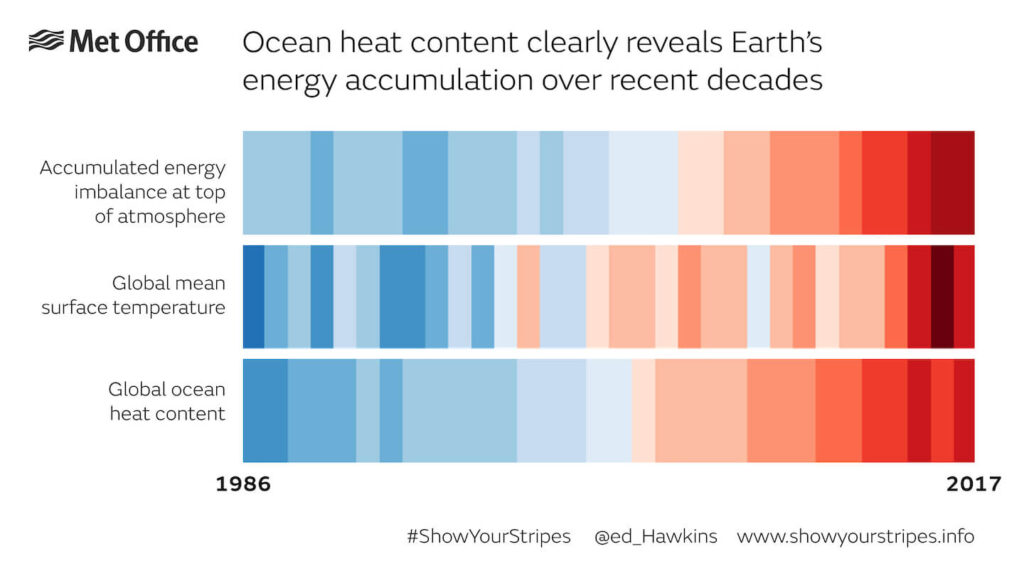 The solution is both simple and complex! We need to stop burning fossil fuels and find a way to capture the excess Carbon Dioxide in the atmosphere until we reach balance again. The problem is most of our systems are built around these fossil fuels as they shaped our modern society.

100% carbon neutral electricity is already here in the form of wind, solar, tidal, geothermal energy. The trick is storing this energy.

Nuclear has been suggested as a Carbon Neutral way of generating electricity but this comes with huge costs of building and decommissioning plants, and obviously nuclear waste. We have also seen in recent years it can be very dangerous too.

Hydrogen is another future fuel as when you burn it the chemical reaction actually creates water (H²O). It’s important to point out that there are three types of Hydrogen… Grey, Blue and Green Hydrogen. Grey hydrogen is created using fossil fuels, which is of no major benefit. Blue hydrogen is grey hydrogen but the carbon is captured. See the following articles for more information:

The Ecologist – Hydrogen homes is a terrible idea.

The Guardian – Is hydrogen the solution to net-zero home heating?

‘Green Hydrogen’ is created using wind and solar so a true renewable fuel. There is work taking place in the UK to use excess wind farm electricity to create ‘Green Hydrogen’. This fuel could then be used in heating, heavy industry (such as Hydrogen Iron / Steel) or even electricity generation.

Read a series of blogs by Feedback Global about the problems with biogas.