The problem with… food

Home » Food » The problem with… food

Food and drink plays a major role in our lives. We need it to grow, develop and function. Whatever our mood, we think about food, we centre our celebrations around it and just the smell of food can bring back a memory.

For most of the people in this country, if we want a certain food we can get it. It has become easily accessible no matter where it comes from at whatever the time of year. This hasn’t been possible for all that long but it’s becoming increasingly obvious that this isn’t sustainable. It is stated that we’d need 7 planets for everyone in the world to eat like a G20 nation. Already, other countries and the world as a whole are paying the price for our lifestyle in the west. 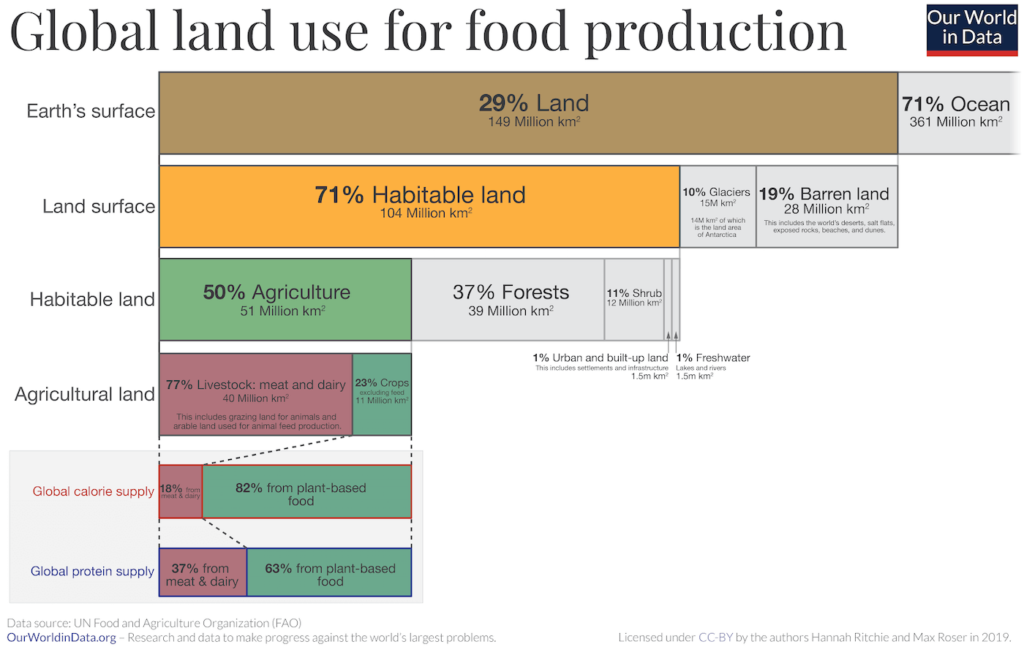 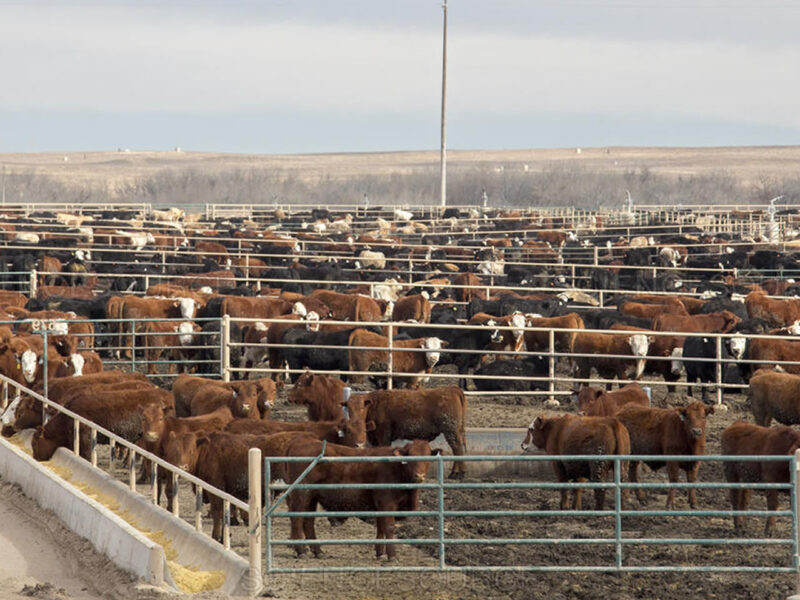 You’ve probably heard a lot in the last few years how we need to reduce our meat and dairy intake. But why?

50% of the world’s habitable land is used for agriculture and 77% of this is used to produce meat and dairy products.

Seafood could be a sustainable food source. The problem is that we rely on a small variety of fish and seafood so numbers cannot replenish compared to what we take from the sea. Most of the fish available to buy is industrially fished by huge supertrawlers of over 100m in length. As with meat, this is the way seafood is kept cheap and so available. Supertrawlers can catch hundreds of tonnes of fish every day using nets up to a mile long, they can process and freeze the fish onboard so they can spend months at a time at sea.
source: Greenpeace

Every year the Scottish farmed salmon industry uses around 460,000 tonnes of wild fish to make fish oil to feed to farmed salmon, resulting in around 179,000 tonnes of farmed salmon. This fish is caught around the coast of Africa and Asia depriving communities of food and livelihoods.

The best way to eat fish sustainably is to talk to your local fish shop and find out where the seafood comes from, or to catch it yourself.

The plastic pollution caused by fishing is another story. 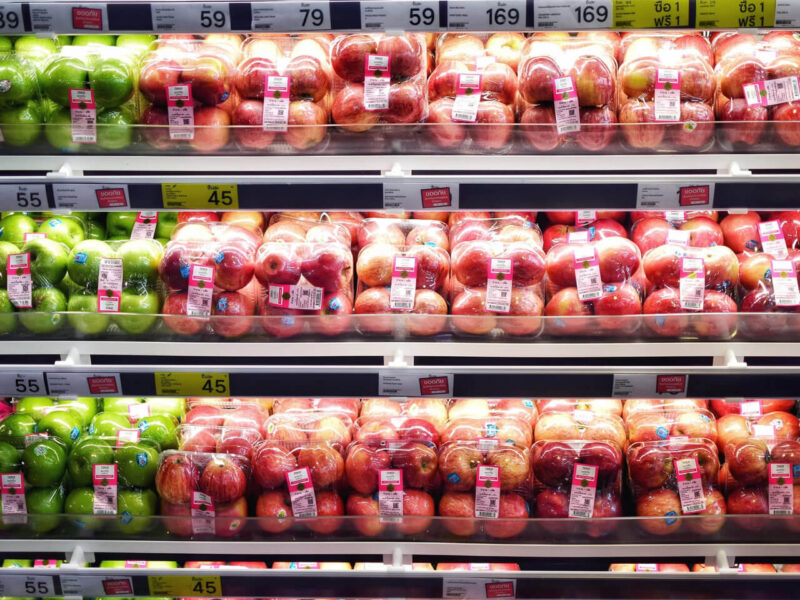 We grow 52% of our vegetables and 16% of the fruit we eat in this country.

We have become accustomed to being able to buy any fruit or veg at any time of the year and it can be shipped or flown in from all over the world.

Fairtrade and the climate crisis

Fairtrade is about better prices, decent working conditions, local sustainability, and fair terms of trade for farmers and workers in the developing world.

By requiring companies to pay sustainable prices (which must never fall lower than the market price), Fairtrade tackles the injustices of conventional trade, which traditionally discriminates against the most vulnerable. It enables them to improve their position and have more control over their lives.

The poorest in the world will be and are being disproportionately affected by climate change. We cannot leave people behind. Fairtrade and Climate Justice

Many rice farmers do not get paid enough for the back breaking work that they do. Most of the work is done by hand.

The UN has backed a new rice label that ensures farmers are paid a fair wage and the rice is grown more sustainably –  The Sustainable Rice Platform. 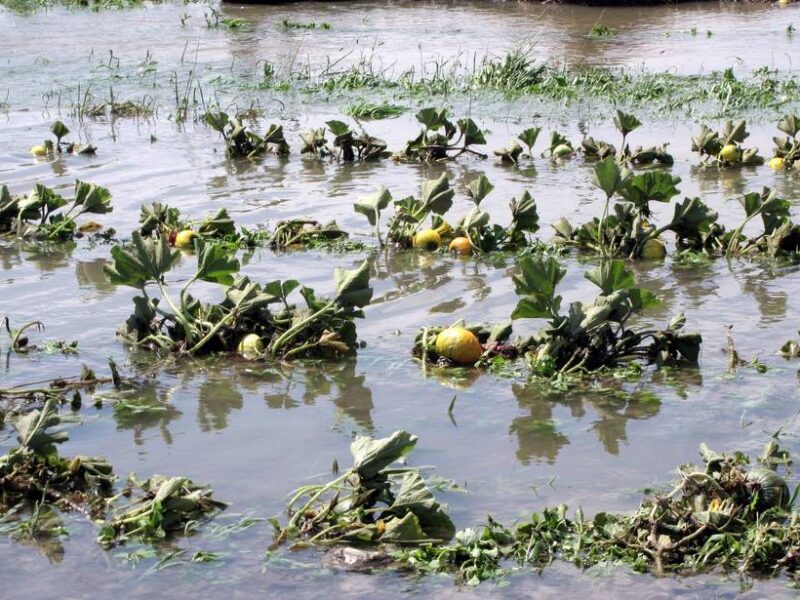 If you grow vegetables you’ve probably noticed the change in the weather over the last few years: not as many frosts, long periods of wet weather, long periods of dry, hot weather early in the growing season, and this is causing problems.

More farmers are trying regenerative farming methods to improve their soil, hold onto the moisture in the soil, to introduce more wildlife, and to reduce the amount of fertilizers and pesticides they use. 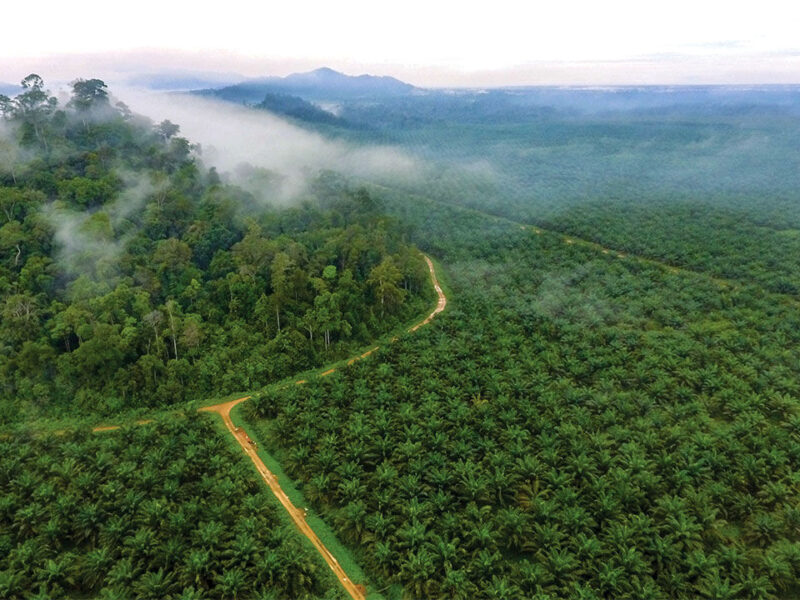 One monocrop causing devastation to the world is palm oil.

Huge areas of rainforests are cut down and replaced by plantations of oil palm trees. An area of rainforest the size of the UK was replaced with oil palm between 1990 and 2015. (Source: Greenpeace) 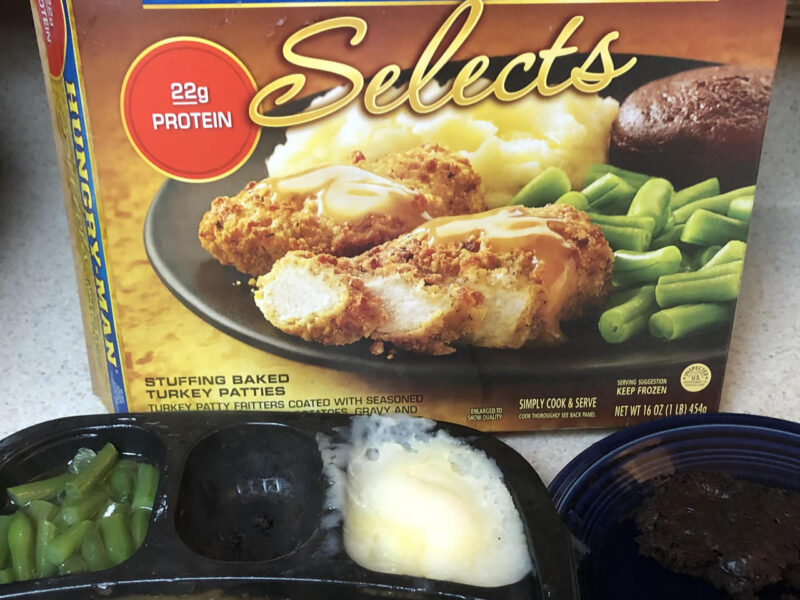 We all know that home cooked food is better for our health in most cases, but it is also better for the planet.

Ready made meals became popular in the 70’s when more people bought freezers for their homes and more women went to work.

Food waste is a real problem. Here are some shocking statistics to think about:

All over the country there are charities working to redistribute food from manufacturing, farms, supermarkets and other retailers that can’t be sold for reasons such as a short shelf life, incorrect labelling or seasonal gluts. The charities will then redistribute the food to other charities and community groups. Some foods cannot be distributed this way maybe because the date is too short on the product so surplus food cafes and shops are popping up to sell this food on a pay as you feel basis.

Locally the Havens Community Hub in Denton redistribute surplus food through their hub.

Locally, Fareshare Sussex are feeding 12,000 people each week through 141 charities and community groups.

UKHarvest based in West Sussex are redistributing food and providing food education.

In Brighton, The Real Junk Food Project have 3 cafes and a food hub where they offer cooked meals and surplus ready made food on a pay as you feel basis.

Soul Soup cafe in Lewes use surplus food from Fareshare and UKHarvest to produce affordable vegan meals. Customers can pay for an extra meal to ‘pay forward’. Any surplus food is donated to Lewes Open Door.

Feedback is a campaign group working towards a better food system by researching, educating and engaging with industry and governments. In 2012 Feedback set up the Gleaning Network. Working with farms to pick the produce that would have gone to waste for reasons such as it is not profitable for the farmer to harvest a crop or the produce is the wrong shape or size for supermarkets. The food is then given to local charities and community groups to use. Volunteers receive emails telling them when there is a gleaning day near them.
Sign up to hear about Gleaning days here.